German Legal Culture and its influence in the world

German Legal Culture and its influence in the world

The German culture sohuld be investigated in its minimal details due to its importance in the criminal law world. Brazilian criminal approach as was aforementioned, has been influeciated directly by the German criminal law culture. During the time that the German philoshophy was introduced into the Brazilian law system, there were just a few opositors to the application of the German analysis to the crime. The fascination that German criminal scient created worldwidely, not only reachead out some Europeans countries that make boarder with Germany, but also it made and has made sucssecss beyond Germany limited boarders. Brazil as many countries in Latin American has been adopting German criminal analysis and they have been taking advantages from the inumerous democratic safe-guards that compose the german criminal law. These safeguards are embodied in all over German crimianl system of law. They can be pinpointed on its criminal law and far-reaching criminal culture and principles.

One of the greatest and unquestionable portions of the German criminal law system includes its general part (Straftatssystem). This section constitutes a great and distinctive protection as to the human liberty because there is in its reasoning a set of ideas that formalistically turns the attention of the lawyers and judges to a series of legal thoughts necessarliy imposed to find out whether the alleged perpetrator committed the crime.

The general part of the German criminal law sets the systematic philoshopy that shall be applied to the specific part. The straftatssystem idealized by the Germans is also a set of substantial norms that adopts a specific methodologic process in order to analyse each crime in abstract and real ocurrence manner. The Model Penal Code in US adopted similar idea introducing the “element analysis methodology” to its body of articles. But for the German it does not only represent a methodologic analysis reflected on each type of crime in study, it representes also philoshophical and cultural values deeply ingrained in the roots of the German society. In order words, the “element analysis” in the Model Penal Code in US and the Brazilian Penal Code (general part) has a pratical conotation that limits the spectrum of knowleged to the practical application of the straftatssystem. However it does not mean that the practical application of the “general system for structuring criminal analysis” has no use. Differently, the German criminal system was conceived for a worldwide application adapting its nucleos meaning to diferent contexts.

Thus, the basic elements of the general part have to conform to social values of each country that decides to apply the German structure. Professor Wolfagang explains it citing Strafrecht in his analysis over the subject :

“One further point about the term System must be made. The Straftatsystem is not to be thought of as a system of criminal law in the sense that one might speak of a "philosophical system"﷓i.e., as a theoretical or metaphysical construct accounting for a particular sector of thought or reality. This is not to say that German criminal theorists have not utilized the Straftatsystem as a central feature of comprehensive accounts of German cr iminal law. They have. Indeed, as noted above, most texts on the "generalpart" of German criminal law are organized around the basic features of the Straftatsystem. Moreover, as this article contends, the general system for analyzing criminal acts does reflect a constellation of values connected with the ideal of rule of law (Rechtsstaatlichkeit). Conceivably, in an age more conducive to philosophical system building, a criminal theorist might attempt to construct a system embodying these values. The point for present Purposes, however, is that Straftatsystem is to be thought of as a practical, systematic method for structuring analysis of liability for criminal actions, rather than as some particular thinker's philosophical systematization of criminal law.”

Sometimes, there are explanations based upon history and some other ocasions only a selection made by the so-called “donated country”. For instance, one interesting historical method of legal transplatation is the imposition of one’s country legal culture over other country the method used is simply the application of power over the weakest country. There are many examples of this usage of force to make countries subdue under pression to an accptance of certain legal culture. The Roman Empire and the Napoleonic conquest over the Europe is a great example of legal imposition. Historically, there are other types of legal transplant less intrusive, but they remain in such way a legal culture imposition. One example, it is the historical relation between colonies and colonizers.

The legal transplat that we are interested in the case of criminal law, is the legal transplant made by choice. This happens when a country decides to import, independently of any kind of pressure, a legal rule or code. One of the main reasons for that is the attempt of undeveloped countries to reach out developed countries through the process of legal culture importation.

In the Brazilian case what occurred was the second line of thought. In Brazil, the modern penal code is totally based upon the German criminal doctrine and principles. Peharps, what happened in regart to the Brazilian accptance was not only a chance to use a well-developed german criminal law, but also the respect and well-recognized value of German criminal ideas. In that sense Alan Watson says that once one system is regarded with sufficient respect, its rules will be spread out all over the world even if its particular rules of law is innefficient or inappropriate. In certain extent, the Brazilian adption of the German criminal system works well, but there is a natural lack of comformity of these ideas as to the Brazilian particular cultural elements. One example, it is the indiscriminatory utilization of the German safeguards towards human right of liberty in order to create a great deal of impunity. Those facts cannot be discussed at this moment due to its complexity, yet the consequences of this reality can be envioned through some decision handed by Brazilian judges and incredible arguments utilized by lawyers twisting the original source of ideas.
For German law, the crime must have three elements that consttitutes essential basis for possible punishment of an alleged perpetrator. The German crime doctrine adopted this three-part test to verify whether the agent conduct is punishble or not, and also to determine an imposition of those elemnets over the facts. Consequently, the criminal doctrine has molded each of the elements in a logical association of reasoning to reach a punishable crime; hence, without one single element, there is no crime. Wolfgang on his dissertation about the elements of the crime says that “whatever the governing code provision may be, every criminal act must be wrongful and culpable conduct that conforms to the definition of the offense.”

Therefore, in order to occur a crime, the agent’s conduct should (1) fulfil the statutory definition of an offense; be against the values protected by the legal system (wrongful); and, must be guilt (cupable).

In Brazil, the same rule is followed: the fact occurred has to find compliance with prior defined law. The Brazilian law adheres to the doctrine of nullum crimen, nulla poena sine lege scripta. No offenses shall be punished without a prior written law. This principle is the threshold for verification of crime existence because it underscores the importance of the first element in the crime analysis (tipicidade).

Therefore, the abstract study of the statutory provision in light of the general system (straftatsystem) constitutes key element for a successful criminal thinking. 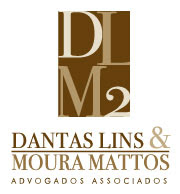 
NOW, WE ARE ON TWITTER CHECK IT OUT AT http://twitter.com/dlm2advogados
Postado por DLM2 ADVOGADOS às 11:07

Dlm2 Advogados offers legal advisory services mainly focused on the States of Bahia and Sergipe. But also, The Firm provides legal services featured to clients all over Brazil in association with other lawyers based on Rio de Janeiro, Brasília and São Paulo.

The Firm provides legal counseling in several areas of law practicing such as real estate law, labor law, trade law, among others.

Dlm2 Advogados uses the best legal and technological power tools available on the market keeping our staff and clients always updated and well informed of the cutting edged and finest legal advances.